On Wednesday, at 5:30 p.m., the Spirituality of Ignatius Center (CIS) officially launched her first school year with the opening Mass at Dac Lo Chapel. Father Vincent Pham Van Mam, S.J., as provincial of the Society of Jesus in Vietnam presided the Mass, together with other concelebrants such as Father Joseph Pham Thanh Liem, S.J., former Provincial; Father Anthony Nguyen Cao Sieu, S.J., superior of Dac Lo community, Father Dominic Nguyen Duc Hanh, S.J., the director of the CIS and other… Moreover, this opening Mass also had the presence of many more religious superiors, religious men and women from different congregations, especially with the presence of many laity, who were interested in and registered for this first school year.

In his homily, Father Dominic Nguyen Duc Hanh, S.J. pointed out that the very life of Jesus is the foundation and the source of all Christian Spiritualties; it is also the raison d’être of this little center. In Luke 12: 49-50, Jesus shares with his beloved disciples that He has a fire in his heart – a fire of love and of compassion; and his longing is that, that same fire were already enkindled. It is Jesus’ love and fire that have been entered into the history of humanity and of the Church. That fire has touched and shaped millions of people, and given great saints for the Church.

Five hundred years ago, that fire of Jesus touched the life of the Ignatius, who was once infatuated with earthly values but that fire changed him into a person who had a great love for God. From him and through his experience of encountering God, we have what we call as Ignatian Spirituality with its foundation of his Spiritual Exercises. Jesuits are men who follow Ignatian Spirituality and his way of life; they are those who contribute their little part to continue to enkindle the world with that same fire and zeal of Jesus.
This year, the General Superior Father of the Society of Jesus declared that promoting and giving the spirituality of Ignatius as one of the four apostolic priorities over the next 10 years for the whole society. In response to that invitation, the Jesuit Province of Vietnam formally established the spirituality of Ignatius center with the help of many Jesus brothers, and of course, we still need the great supports from many benefactors spiritually and materially. Along with the Society of Jesus, we hope that there will be many more people who generously conform their life to the life of Jesus himself by the mean of Ignatian Spirituality. Then, hopefully, they will continue to bring love, hope, and fire to other people, especially to the poor and the marginalized.
The Mass ended with thanks from the director of the center and also from Fr. Provincial. After the Mass, all shared an agape dinner. Many thanks to God, to our benefactors, and to those who help us in this ministry.
The Mass: https://youtu.be/v0ED6z0C-Nc
The homily: https://youtu.be/976saVY40m0 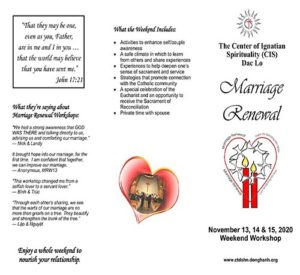 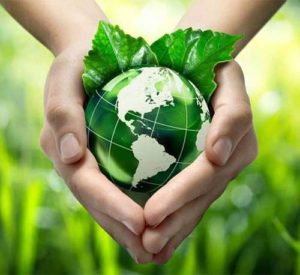 “We need to grow in the conviction that a decrease in the pace of production and consumption can at times give rise to another form of progress and development.” Pope Francis explains to us that it is impossible for the most developed countries to maintain their current level of consumption at the cost of exploiting […] 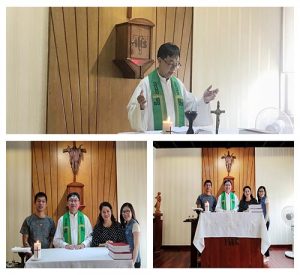