Fr Adolfo Nicolás SJ, 30th Superior General of the Society of Jesus (2008 to 2016), has died at the age of 84 in Tokyo today, 20 May 2020.
To those who knew him, Fr Nicolás was simply “Nico”, a man beloved not only for his inspiring leadership, but also – and above all – for being himself. This was plain in the tributes that flowed quickly.
Superior General Fr Arturo Sosa SJ said of Fr Nicolás: “A wise, humble, and free man; totally and generously given to service; moved by those who suffer in the world, but at the same time overflowing with hope drawn from his faith in the Risen Lord; an excellent friend, who loved to laugh and to make others laugh; a man of the Gospel”.
“Infectious humour, refreshing simplicity, clear insight and natural warmth… Ever so simple, yet carrying a profound wisdom,” wrote Myanmar Superior Fr Mark Raper SJ, who succeeded Fr Nicolás as President of then Jesuit Conference of East Asia and Oceania, now the Jesuit Conference of Asia Pacific (JCAP).
JCAP President Fr Tony Moreno SJ described Fr Nicolás in the same light. “[He] was not known to promote himself. He was not self-referential. He detested clericalism in whatever form. He corrected people who referred to him as ‘Superior General Emeritus’. He wanted to be known as he was without titles.”
Instead, he entreated his brother Jesuits to allow him to simply be “Nico”.
“I am asking you to allow me to be the ‘Nico’ of old times, not the former Fr General or emeritus,” he said, during a celebration to mark his golden jubilee as a priest in March 2017, a little over a month after he returned to the Philippines since stepping down as Superior General.
Even when he was slowed down by his disease, his unmistakable humility showed forth. Once, at the Jesuit Health and Wellness Center in Manila, he told his attending physician, Fr Tex Paurom SJ: “You decide; I obey.” He was in his most vulnerable and most edifying.

At Fr Nico’s farewell lunch at the Roman curia in February 2017, Pope Francis insisted that Fr Nico take the seat of honour since the celebration was for Fr Nico.

Adolfo Nicolás Pachón was born in Villamuriel de Cerrato, Palencia, Spain on 28 April 1936 and entered the Jesuit novitiate of Aranjuez in 1953. He studied at the University of Alcalá, where he earned his licentiate in philosophy.
In an interview soon after being elected Superior General, Fr Nico recalled the time when he was in Juniorate and Fr General Janssens wrote a letter to the whole Society requesting for people to help in different parts of the world. Fr Nico volunteered, saying, “You need people, I am ‘people’, so if I can be of help anywhere, I will go.”
Thus in 1960, Fr Nico found himself in Japan where he studied theology at Sophia University in Tokyo. He was ordained to the priesthood seven years later on 17 March 1967. From 1968 to 1971, he studied at the Pontifical Gregorian University in Rome, from where he earned a doctorate in theology. Upon his return to Japan, he was made professor of systematic theology at Sophia University, teaching there for the next 30 years.
Fr Nico was appointed Director of the East Asian Pastoral Institute at the Ateneo de Manila University in Quezon City, Philippines in 1978 – a post he held for six years. He then went on to serve as rector of the theologate in Tokyo before being appointed as the Jesuit Provincial of Japan. Following his term of office as Provincial, Fr Nico remained in Japan, doing pastoral work among poor immigrants in Tokyo.
In 2004, Fr Nico returned to the Philippines as President of the Jesuit Conference of East Asia and Oceania. In 2008, he was voted Superior General at the 35th General Congregation. While the position of Superior General – like that of the Pope – is a lifelong appointment, Fr Nico resigned in 2016, at the age of 80, noting that the Society needed someone with more energy and health to lead it in an increasingly complex world.

Fr Nico’s community in Arrupe international Residence in Manila during his send-off as he prepared to return to his home province of Japan in August 2018.

During the eight years of his generalate, Fr Nico insisted on the universality of the Jesuit vocation and mission, and the depth that must characterise Jesuit life. Speaking to Belgian Jesuits in 2010 about a “globalisation of superficiality”, Fr Nico said the Society of Jesus has to help the church to go deep into reality. “How can we understand better what is happening so that we don’t come out saying platitudes, pious things that neither change people nor influence our way of life?”
After his resignation as Superior General, Fr Nico was missioned to the Arrupe International Residence and the East Asian Pastoral Institute in Manila, where he stayed for a little over a year before finally returning to Japan, his home province, on 6 August 2018.
Fr Nico was a happy Jesuit. When he spoke with Jesuit novices in Indonesia in 2009, he told them: “I hope you’ll be happy Jesuits, because you’ll

The Center for Ignatian Spirituality would like to introduce to...

The Center for Ignatian Spirituality would like to introduce to... 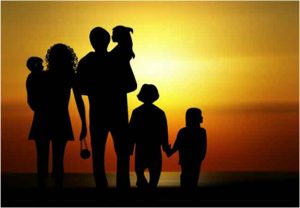